EXTRA! EXTRA! Read An Exclusive Interview With Marvin The Moose!

Many families visit Silverwood every year, wishing that they could stay there forever. Well, one new visitor has come, and they aren’t ever going to leave! 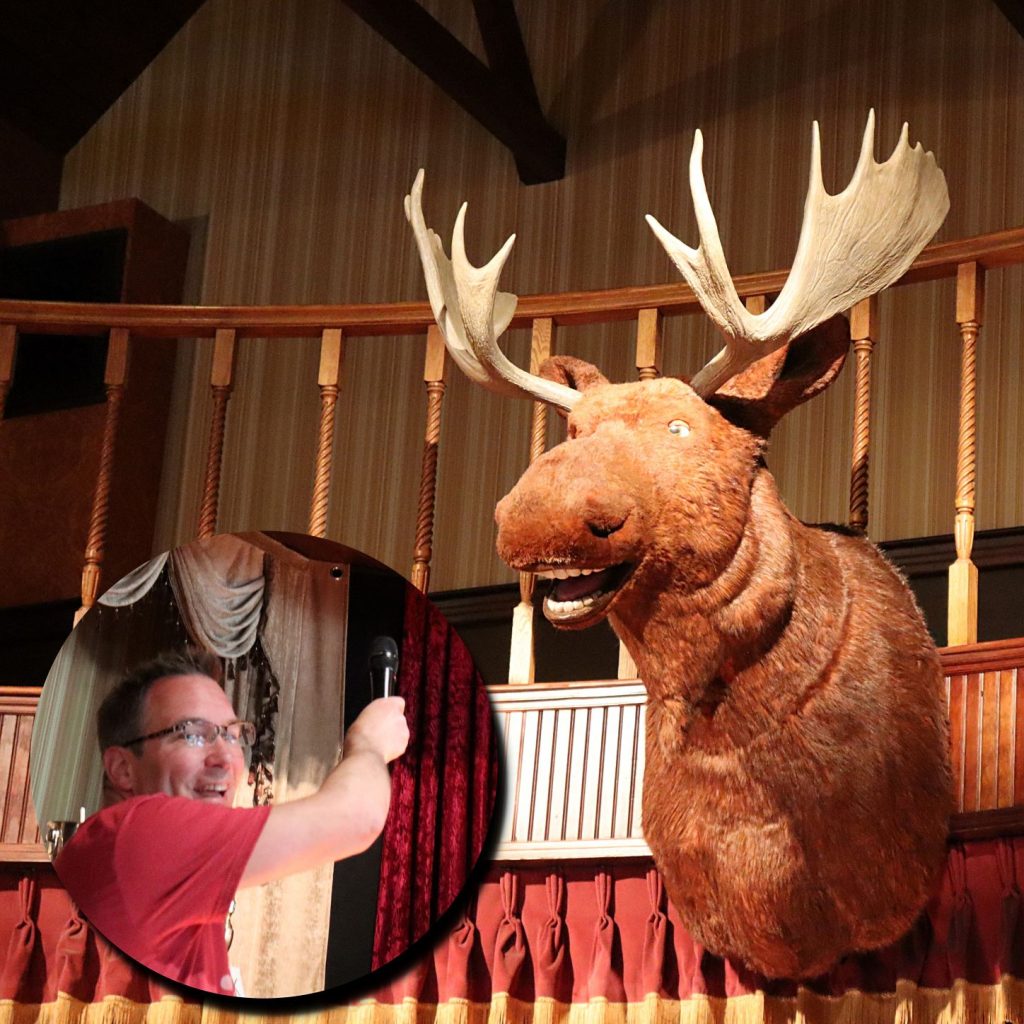 Meet Marvin the Moose. He has been hanging around the High Moon Saloon since late May. Oh, he was shy at first. Didn’t say much. But now, he’s pretty comfortable in his new digs. And people! In fact, some of his favorite things to do is getting to know the park guests, and he does that with his brand new show, “Critter Chitter Chatter: Starring Marvin the Moose with No Caboose.”
Placed above the stage that also features “Mad Mike’s Marvelous Miracle Factory and Curroditties Emporium.” Marvin is a mounted moose head, so he’s missing his extremities. He also isn’t aware of his new “condition,” so things can get a little awkward.

Marvin is popular, so I was thrilled he had time for an exclusive interview before his afternoon show. What I learned was eye-opening. When asked how he came to the park, he says he remembers walking along one night, enjoying the evening and then seeing two bright lights heading toward him. After that, his memory is a little fuzzy.

“So, Marvin, where do you come from?” I ask the moose.

“I’m originally from North Idaho, but don’t let my sunny disposition fool you. I spent my younger, rebellious years down on the mean streets north of the border,” he says with a Canadian accent.

“But I got tired of Tim Hortons and poutine. It’s so beautiful here. I love it.”

Why I ask if he has any relatives, he sort of rolls his eyes, he comes from a large family. He smiles and sighs, “Yeah, I actually do. There’s Gretzky and Bieber and Maximouse…well there’s just too many to name.”

I ask Marvin how he likes to spend his days. “I really like riding roller coasters. Stunt Pilot is my favorite. I really like to feel the wind through my antlers.” This surprises me, but I say nothing. “I also like learning the newest Tick Tock dance routines. Oh! And I really like talking to little humans. I find them so interesting.”

“Have you always been in show business?” I ask him.

“From a young age, yeah. You know, when you’re born a talking moose, there are not very many career paths that don’t involve show business you know?”

With that last question, the saloon begins playing his song. His jingle plays: “He’s big, he’s tall, he’s on the wall, he’s Marvin the Moose…with no caboose.”

I sit back and watch as Marvin tells a few jokes. His assistant asks if anyone in the audience has a joke to tell. “I see a lot of dads in here” she says. As the show goes on, the kids in the audience wait their turn to ask Marvin about his favorite foods, his favorite moose-ic and whether or not he can sing harmony. He tries and then says, “Let’s just say that I can’t.” It’s a good show and afterward, fans came up to get their picture taken with Marvin. I’m just glad that I was able to get mine ahead of time. 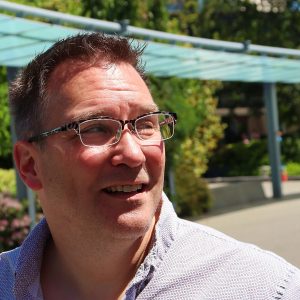 Jeffrey Totey  and his wife live in the greater Seattle area and is a freelance writer and owner of Writer of Pop Culture website which focuses on pop culture, movies, TV, theme parks and more.

DON’T FORGET TO ENTER TO WIN 2 TICKETS TO THE PARK!

What To Do In Line When Your Kids Are Bored